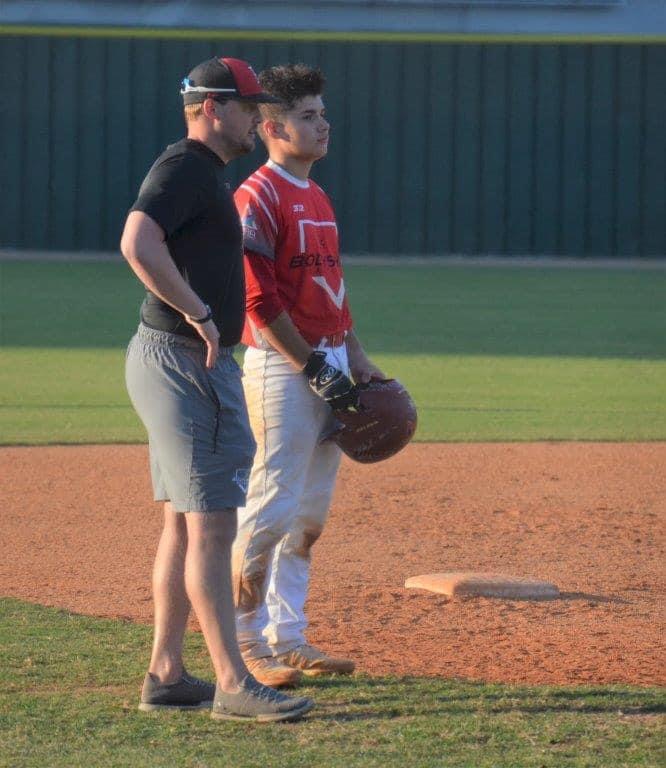 Roy was part of the 2006 AA State Baseball Champions at Gilbert High School where he was listed as one of the top 50 recruits in South Carolina by thediamondprospects.com. He went on to play at Anderson University on a baseball scholarship as a pitcher. While in college, he spent a summer in the New York Collegiate League with the Alfred Thunder, leading the team in appearances and the team’s first playoff appearance.
Roy has been the varsity pitching coach and junior varsity head coach at Batesburg-Leesville High School since 2012. He was a pitching coach for the Upstate Mavericks showcase organization from 2013-2014. In the 2014 summer he coached the 16U scout team to a top 50 national ranking by Perfect Game and an overall record of 33-7. Three of the starting pitchers that summer are now ranked as the top pitchers in the state for the class of 2016.
Most recently, he spent a summer as the pitching coach for the Fayetteville Swampdogs in the Coastal Plain League.

Roy, wife Maggie, & sons Will and Brody are all happy members of the Lexington community.