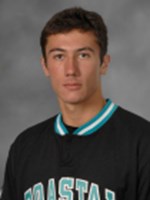 Born and raised in Lexington, Frawley played baseball at Lexington High School before graduating in 2007 and moving on to attend Coastal Carolina University. Playing under head coach Gary Gilmore, Frawley served as a catcher and was a part of five conference champion teams before graduating with a Bachelor of Science in Applied Physics in 2012. After being drafted by the Toronto Blue Jays and retiring after one year in the organization, Frawley served as Student Assistant Coach for Coastal Carolina University baseball team during their 2016 National Championship season. He then went on to become an Associate Advance Scout in the Los Angeles Dodgers organization in 2017 before most recently returning to Coastal Carolina in 2019 to serve as Coordinator of Video and Analytics for the baseball team. We are excited to have Tucker join our organization and teaching all of our young catchers and hitters.